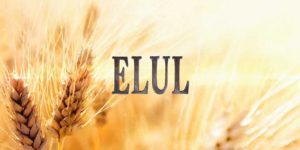 Today’s post is bringing forth a new perspective, at least for me, on the spirit of the
month ahead as we enter into the final month in preparation for the ימים נוראים.
Pirkei D’Rebi Eliezer relates that on אלול חדש ראש, ה׳ told רבנו משה to climb סיני הר, to
receive the second set of לוחות/tablets. They blew the שופר in the camp and משה went up
to סיני הר again. From this, חז״ל established that on אלול חדש ראש and throughout the
entire month, we blow the שופר to remind us to do תשובה. There are those who say extra
סליחות during these days also. Historically, משה רבנו spent 3 groups of 40 days on הר סיני
beseeching ה׳ for forgiveness for the חטא העגל.

Upon reviewing this story, it would seem that the days of prayer and asking for
forgiveness from breaking the first לוחות would be more appropriate during the second 40
days that רבנו משה spent on הר סיני which ended before אלול חדש ראש. Since ה׳ had already
forgiven the Jewish people by then, the days after אלול חדש ראש should be days of
learning extra תורה in preparation to receive the second set of לוחות. To make the
argument even stronger, Rashi brings the מדרש that tells us that before the second לוחות
were given, רבנו משה was troubled that he had broken the first ones. ה׳ consoled him and
said that the first לוחות had only the 10 commandments on them, but the second would
have מדרש and אגדה and many other parts of תורה, a much greater revelation than the first
לוחות. Again, a stronger reason to emphasize Torah learning during this month.

The level of forgiveness that we received from ה׳ after this last 40 days משה רבנו spent on
הר סיני was much greater and more wholehearted than after the first set of 40 days. This
is to the extent that there are some Torah scholars who spend time during these last 40
days doing תשובה that they would normally spend learning.

We have a case for increased learning, and a case for increased תשובה. The end of the
פסוק of אני לדודי ודודי לי holds the answer. It says: אני לדודי ודודי לי הרועה בשושנים. There
are 2 explanations for the word שושנים. The first is that it comes the word ששונים בתורה,
meaning that one learns תורה, through the 13 ways that the תורה is explained by. The
second is literally a rose. The Zohar writes that just as a rose has 13 petals, so too does
the Jewish people have 13 routes to achieve forgiveness, י״ג מדות הרחמים.

But how do we do both? There are only so many hours in a day? How can one increase
in both תורה and תשובה at the same amount of time? The גמרא explains that when
performing a מצוה, when done with energy and sincerity, one can attain a higher level of
success in a shorter time.

On behalf of our wonderful team at CyberSem, we wish you an enriching month of Elul.
We have a roster of stimulating courses for women of all ages, planned for after the חגים.
Check out our website for new course offerings and share with your family and friends.