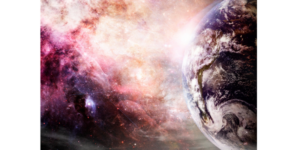 The Rambam and the Ramban have a difference of opinion on what is the address where man gets the greatest reward from his/her service to ה׳ while having lived on this earth.  The Rambam writes that the location of man’s reward is in גן עדן, Gan Eden, where only souls exist without the body.  The Ramban, on the other hand, who lived after the Rambam and learned his works feels that the greatest reward is given in תחית המתים, in Techias Hameisim, when the soul and body will be reunited together.  The halacha is decided according to the Ramban.

From this discussion we come to appreciate the amazing potential of the human being, through learning תורה and keeping מצוות to receive שכר/reward specifically when both the body and soul are united.  It is only הקב״ה/Hash-m who can create a body יש מאין/Something from nothing that is capable of infusing the physical world with spirituality.

The works that speak about how much people are capable of, and how much ה׳/Hash-m loves our תורה and מצוות, is always something that I find important to share.  Today as the world is recreated anew, let us pause and think of the possibilities of affecting the world around us and the impact each good deed does.  This is the world that ה׳ desires, and H- trusts us to bring it to its completion and perfection at the coming of משיח צדקנו – may it be even before ראש השנה.

Wishing all of my readers a כתיבה וחתימה טובה.  May we share only good news, in a good and revealed way.

Chavi Goldberg and the CyberSem Team