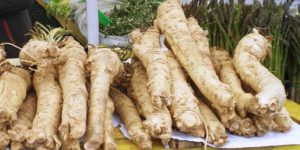 An educator writing an article about Pesach should be the simplest task as the entire Seder is designed in a question and answer format to stimulate the interest and inquisitiveness of the children. Pesach is the ultimate role model holiday for education.

For many years, I have felt that there were some areas in the Hagada that I never had the chance to explore, and even as an adult had questions on. One part of the seder that has always bewildered me is the conversation between the scholars of the Mishna who discuss how many plagues the Egyptians were stricken with in Egypt and during the Yam Suf. I decided that the next opportunity I would have to teach about Pesach, I would use it to delve into this discussion. How could it be that there was a difference of opinion on such a basic event? We know that the Egyptians were smitten with ten plagues; it says so in the Chumash, in Pirkei Avos! How can we reconcile the apparent difference of opinion? Of what educational value is there for us in this difference of opinion?

The Sfas Emes writes that this debate really began earlier on in the Hagada: אנוכי דן הגוי את וגם. The Rambam and Ramban both explain that plagues that Hashem brought on Egypt were not the result of a divine decree, rather as a consequence of the evil that the Egyptians chose to bring on B’nei Yisroel. Where is it found that a master throws the children of his slave in the river to be drowned? They clearly went beyond the parameters of a master/slave relationship. That was punishable.

Rabbi Yosi Hagelili said: How do you know that the Egyptians were stricken by ten plagues in Egypt, and then were struck by fifty plagues at the sea?

In Egypt, it says of them, “The magicians said to Pharaoh `This is the finger of G‑d.’ At the sea, it says, “Israel saw the great hand that the L-rd laid against Egypt; and the people feared the L-rd, and they believed in the L-rd and in His servant Moses.”

With one finger, Hashem brought 10 plagues, and with a whole hand He brought 50 plagues. This is the foundation of the other opinions. Thus, one must conclude that in Egypt they were smitten by ten plagues, at the sea by fifty plagues!

“Rabbi Eliezer said: How do we know that each individual plague which the Holy One, blessed be He, brought upon the Egyptians in Egypt consisted of four plagues? “ We must not think that the sages disagreed with each other. They did agree, and here is how. R’ Eliezer agreed with R’ Yosi that in Egypt the Egyptians were punished with 10 plagues and were punished with 5 times that number in the Yam Suf. He adds that each plague in Egypt consisted of four plagues, based on the פסוק in תהלים: רעים מלאכי משלחת וצרה וזעם עברה אפו חרון בם ישלח.

“Rabbi Akiva said: How do we know that each individual plague which the Holy One, blessed be He, brought upon the Egyptians in Egypt consisted of five plagues?” R’ Akiva also agreed with his friends, but had received in a tradition that there were five plagues within each plague and they joined together to make one single plague. The unification of these five plagues stood for one number. This is how the sages came to their calculations.

The more makot that are sent to Egypt, Hashem will not send to the Jewish people. The sages looked to expand the number of plagues to relieve the Jews of extra suffering.

Beyond the issue of punishment, the plagues were sent to remove the grotesque impurity that permeated all of Egypt due to the evil that was perpetrated there. In considering the numbers of plagues, the sages were in fact debating how deep the impurity reached into the physical properties of Egypt. The deeper the impurity, the greater the number of plagues were needed to cleanse.

There are three sages, with three insights.

The ten plagues suggest that R’ Yosi feels that only the observable physical properties of Egypt had become impure. Four times 10 plagues mean that R’ Eliezer claims that even the four essential elements of every physical object ie fire, water, air, and sand had become mutilated and impure. Five times 10 plagues tell that R’ Akiva opines that even the dever hayuli the pre-elemental factor from which everything was created during the six days of creation, in Egypt had become infected with impurity also.

Educationally, where does this all take us? As parents and/or educators we interact with children and students daily and evaluate them in terms of their progress toward goals, and growth of personality and maturity. Do we suffice with observing their external behavior and labelling them exclusively from that perspective? When we look past the obvious, we will find that there are variations in learning profiles, and not all students/children learn in the same way. Every child has strengths even when their weaknesses seem challenging. We can help children find success in school and in life when we encourage them to develop their strengths and apply them to their areas of interest and expertise. We can inspire optimism in times of disappointment. We must value and embrace the diversity in our children and celebrate the incremental progress on their life’s path.

The final analogy in the Hagada is from a posuk in ישעי׳. וזרוע ה׳ על מי נגלתה: The gematria of על is 100, and of מי is 50. In Egypt, the judgements of Hashem were only revealed in the measure of 50, but during the final redemption, we will see Hashem’s z’roah netuyah, arm outstretched to its fullest degree. Egypt being the first exile only afforded half of the purification possible, but it was a beginning. When Moshiach comes, Hashem will stretch out His arm and bring about the final redemption, speedily in our days.